Stackwall corners were one of the very first ways developed to make inexpensive corners for cordwood construction.  The problem was they were (are) very time-consuming to build (every timber has to be leveled multiple times) and the roof could not be built until the corners and the cordwood were all completed, The University of Manitoba Engineering Department was the first to apply a rubric for building stackwall corners using the following drawing and explanation from the book Stackwall: How to Build It published in 1977. 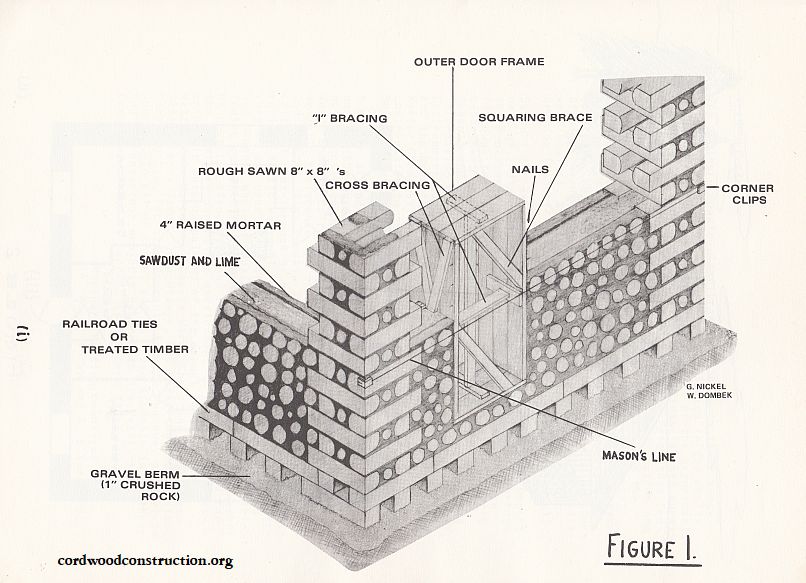 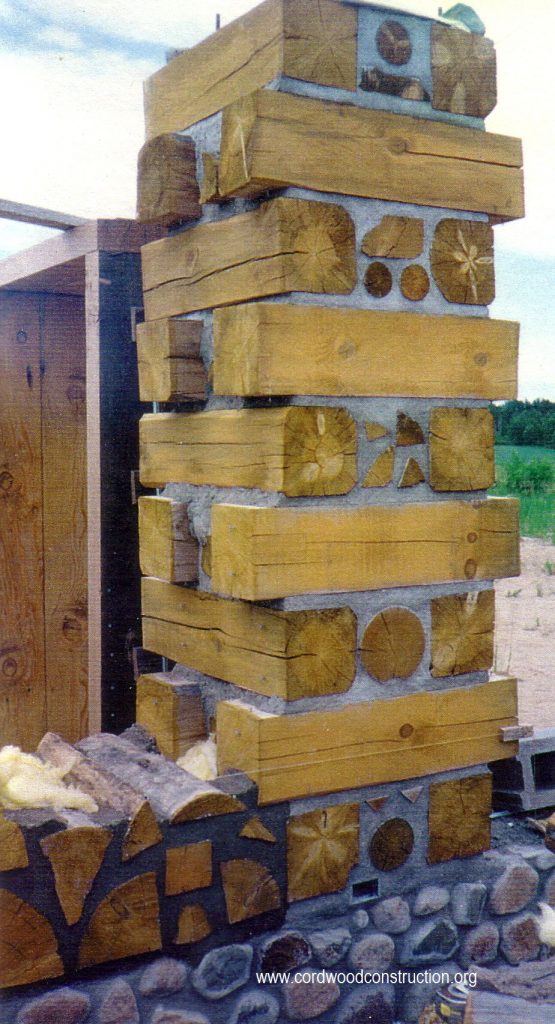 Stackwall corners mean the roof cannot go on until the corners and all the walls are finished.  Cordwood is so labor intensive it often takes a couple of years to complete and the cordwood sits out in the elements and degrades.

The newest Easy Peasy Stackwall corner was developed by Tim D. of Minnesota who liked the “look” of the stackwall corner, but wanted to put his roof on first to keep his cordwood clean and dry. So he built a stackwall corner without mortar.  It is basically a giant Jenga puzzle, but it is all bolted and screwed together.  The other wall posts give it additional stability. 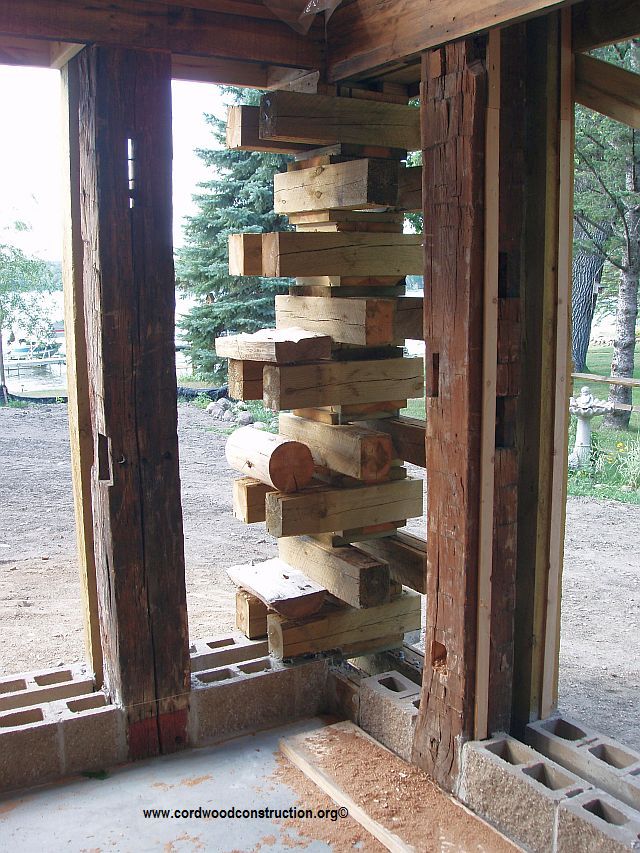 Mortar is placed in the open joints AFTER the roof is on and the walls start to rise.

(Above) From Lee S. in Alaska.  This is glued, screwed and mortared to the existing post framework.  Lee says it is worth it to make the home look “cool.”

Timber Frame with Stackwall corners.   This does not speed the process but rather makes it just as laborious, because the stackwall corner still has to be leveled and mortared bit by bit. 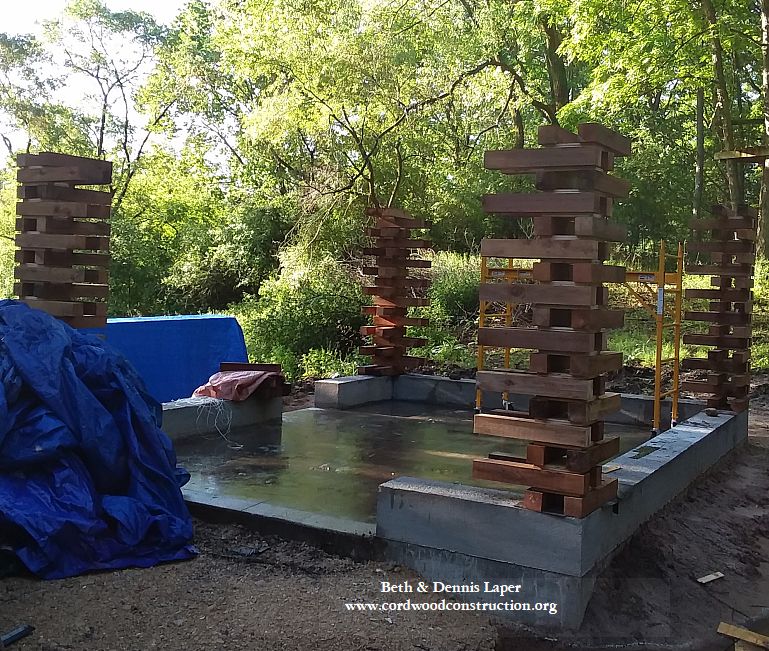 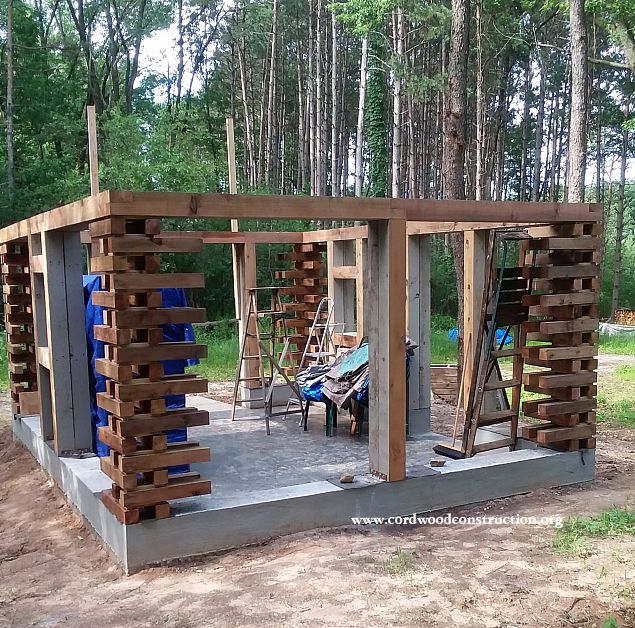 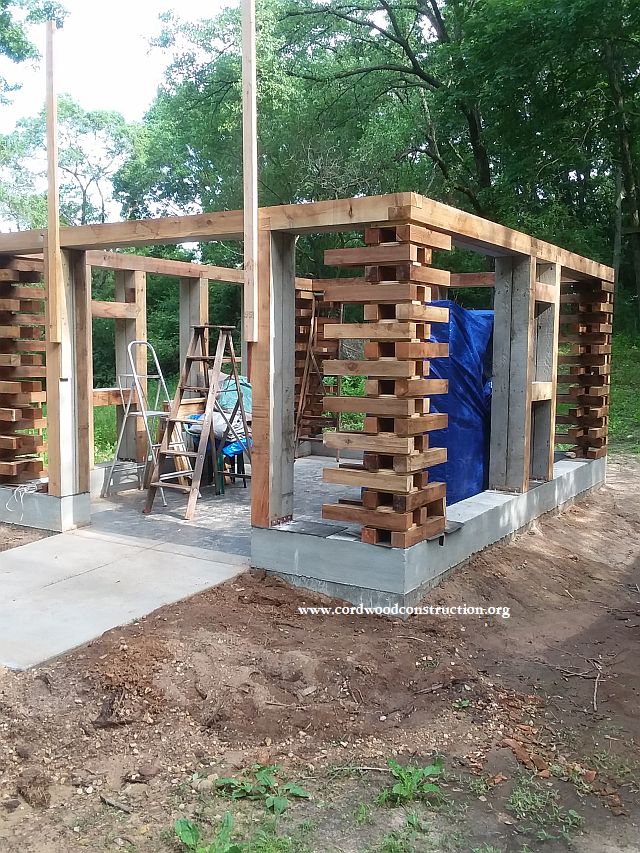 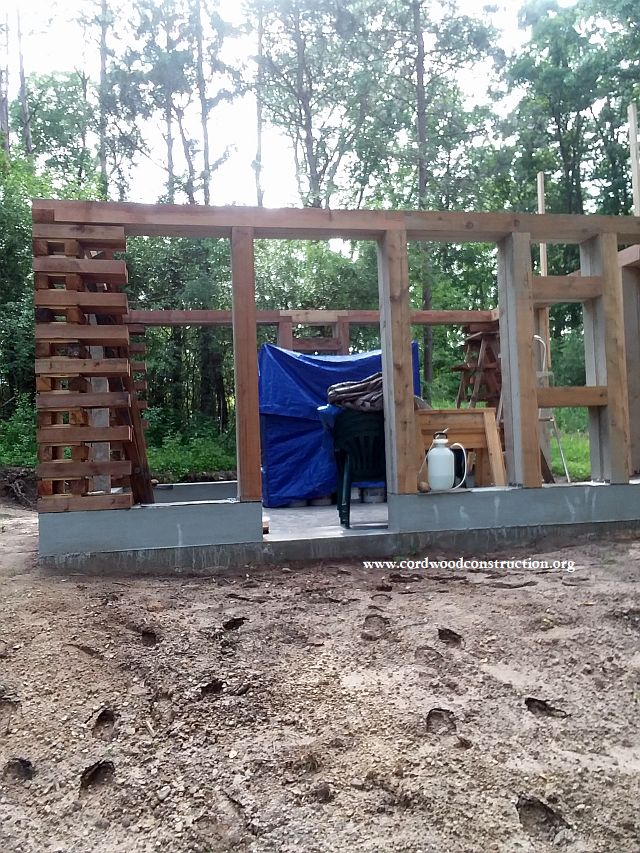 These Stackwall corners are attached to a hidden post framework, buried within the cordwood.

(Above) Jack Henstridge built this one in New Brunswick using stackwall corners, a post framework and a gambrel roof. 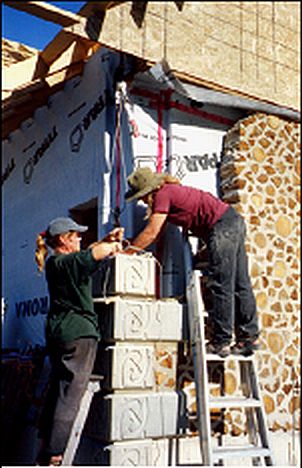 Grant Nicholson of Owen Sound, Ontario made “cast corner blocks” to create his corners.  Note the framework and cordwood are already in place in his double wall beauty.  He eventually used a block and tackle to hoist the quoins. This concept and execution are detailed in his article in the Cordwood Conference Papers 2011.

(Below) Todd Ashley of Baraga, Michigan used the build it ahead of time stackwall corner at his beautiful cordwood home.  The hollow spaces will be filled with mortar as he finishes the build. 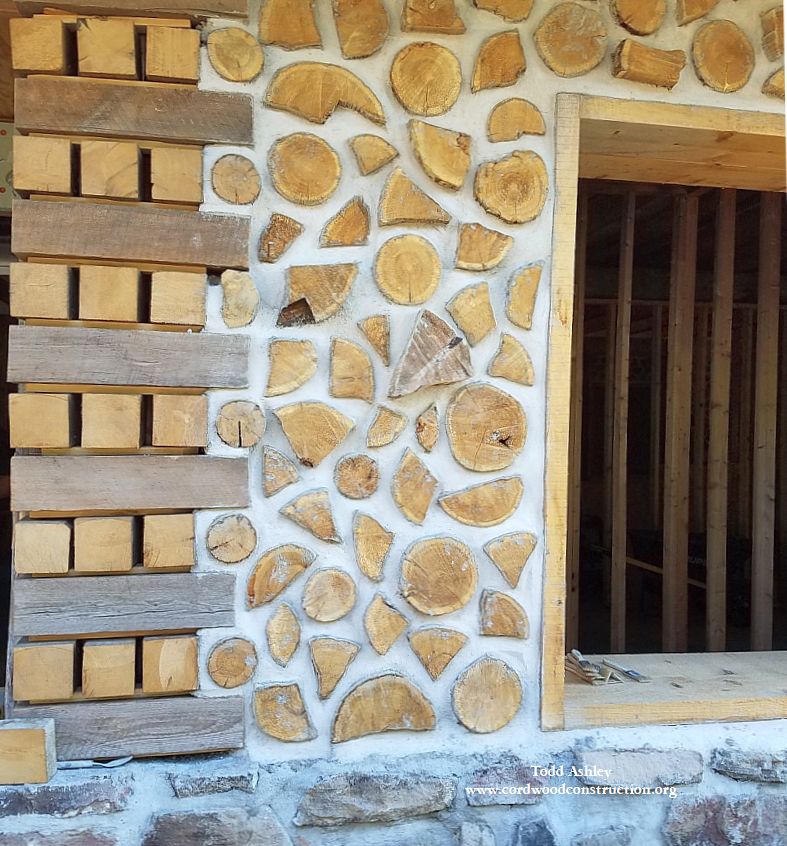 The pictures below show one way to build the framework with the stackwall corners as a functioning post.  The second picture shows the result.

You may ask, “What has replaced the Stackwall corner?”  Answer: The Post & Beam Framework: the roof can be added to a well-braced framework, putting the materials, the cordwood and the builders out of the elements. If the house isn’t finished in one building season, the unfinished sections can be sided and completed at a later date. 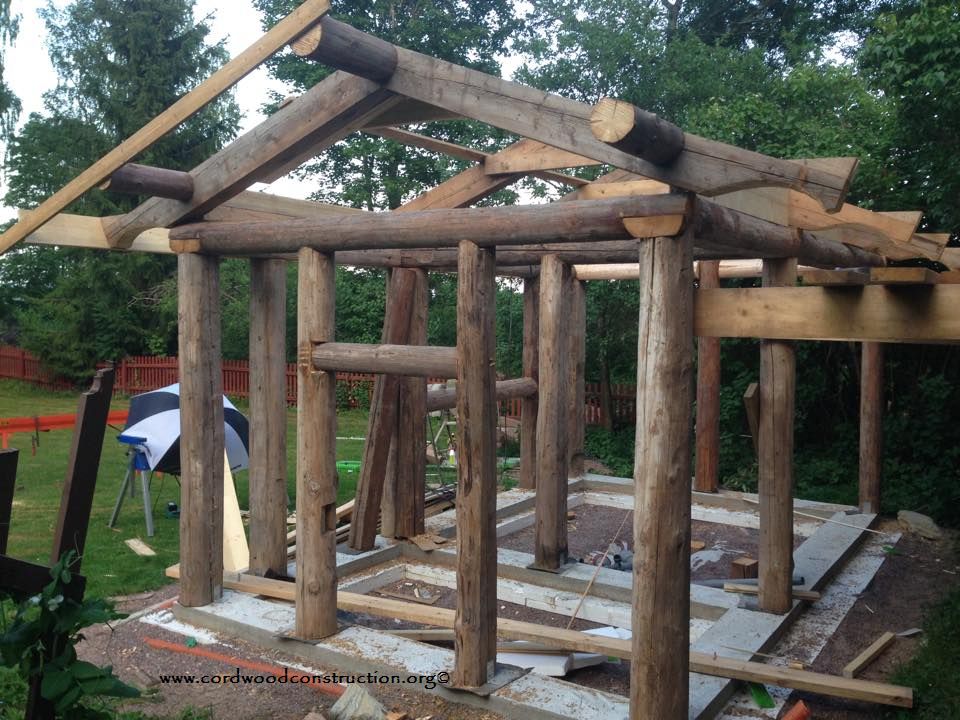 Should you wish to learn how to build a cordwood cottage, cabin or home, please visit www.cordwoodconstruction.org   While you are there, click on the pictures, read the brief articles, check out the latest workshops and newsletter and if you are interested click on the Online Bookstore to see all the cordwood literature available in print, video and ebook format.

If you have questions that aren’t answered on the website you can email me at richardflatau@gmail.com

Readers have requested a brief bio, so here goes: 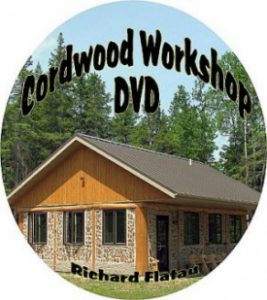